The functionality is to act like a normal pen or sketch. In the tech market, different types of stylus have arrived and have become popular. Some of them you know or not read about in this post!

Huion stylus used with a graphic tablet is designed with high-tech internal component capabilities. The tip can be hard, soft, disc tip, fiber tip, etc. When you ask for the stylus in the tech market you will find active stylus and passive stylus lets know more about the two.

The stylus and device do not make any interaction with each other but you have the utility to write and draw on a tablet screen. It responds concerning the finger and its electrical charge.

It is an electronic tip pen with electronic capabilities that has some basic functionalities like an eraser, memory, different pressure sensitivity to draw thick and thin lines or strokes. The palm rejection feature will eliminate any kind of interference from the screen surfaces. The design and appearance of the active stylus are massive because of its functionality.

You just need to point the stylus to your graphic pen tablet screen.  It is easy to customize the functionality and programmable keys.

The stylus has given relief to your fingers and exposure to your graphic design. Check if the tip is fine and pointed. If not, install the nib or tip according to your need.

The stylus you are choosing should be comfortable in your hands, the grip should be perfect and does not pressurize your hands.

Many graphic pen tablet brands have launched high-performance pen displays and pen tablets, they come with different styluses. If the stylus gets broken or lost what you’ll do to come out of this situation. Sometimes it’s harder to get a pen with the same compatibility that can work with your tablet.

The standard Huion pen comes with two buttons but without any eraser. Here we are listing a few pen models that will be compatible with your Huion tablets. You can purchase all of these styluses from any shopping site.

Hope, this list will help you to find the compatible pen for your Huion pen tablet whether it is categorized as the Inspiroy series or the Huion Kamvas series. 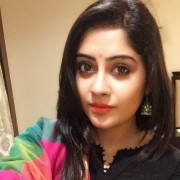 Importance of incorporating a fleet management system into your logistics business
June 9, 2021

Importance of incorporating a fleet management system into your logistics business