There are few things more exhilarating than embarking on a journey of self-discovery. For many of us, it is a lifelong quest to find out who we are, what we believe in, and what makes us tick. And while there are many challenges and obstacles along the way, the rewards of self-discovery are more than worth it. In this article, we are going to share the top 6 movies about journeys of self-discovery.

Movies about Journeys of Self-Discovery

Into the Wild movie is based on a book that name itself and the book is also based on a true story. He was only 24 years old. The director of the movie Sean Penn is alive the character. There are so many stories within his story.

A modern, philosophical tale of life and society as seen through the eyes of a young man looking for answers after graduating from Emory University and giving away all his money as he embarks on a journey across America on his way to Alaska. decide to find peace and fulfillment in nature. A very powerful and moving film. The cinematography is outstanding and riveting -taking the viewer on an unforgettable journey across the backdrop and unseen backwaters and places that very few have seen. I didn’t want to reveal the whole plot of the story. I shared the only last message in the end “Happiness is only real when shared.” The malnourished body of Christopher McCandless was found in Denali National Park in September 1992.

2. The Secret Life of Walter Mitty

The amazing direction of Ben Stiller and their outstanding performance of himself also, create the movie to a different level. Walter Jackson Mitty is the fundamental person of the story. The word to describe Walter Mitty would be “secretive.” He’s always looking to stay behind the scenes, and he’s not one to share his feelings or thoughts easily. But there’s more to Walter Mitty than meets the eye. He’s actually a very introspective person, who’s just looking for a way to fit in and be accepted.

Walter Mitty is always looking for ways to escape from reality, and he spends a lot of his time daydreaming and fantasizing about what life would be like if he could be someone else. He’s never really been able to find a place in the world that feels like home, and he’s always looking for something more.

2001: A Space Odyssey is a 1968 incredible science fiction film created by Stanley Kubrick. The screenplay was made by Kubrick and Arthur C. Clarke, and was moved by Clarke’s short story “The Sentinel”. The movie won one Academy Award for its visual effects.  The film is released in 1968. 2001: A Space Odyssey is recommended as one of the most amazing films of all time in history. The movie about journeys of self-discovery follows an excursion to Jupiter with the cognizant sci-fi climate HAL after the divulgence of a mysterious dull stone landmark impacting human development improvement. The whole story involves space and its exploration, where critical consequences happen during the mission.

The film is eminent for its logical authenticity, inventive enhancements, and equivocal symbolism. It received mixed reviews upon release. The movie has since been as a masterpiece and one of the greatest films ever made. The movie was nominate four Academy Awards.

In 2001, a spaceship carried a team of American and Soviet astronauts. They were sent to investigate a signal coming from Jupiter’s moon.

The main story is going around a mission in space and its intensive consequences. Some people argue for the outdated content of the movie. But the movie is still amazing for some people. But although, it is the greatest film of all time.

The direction of Peter Weir in 1998 of the greatest movie The Truman Show. Mind-blowing actor Jim Carrey and Written is Andrew Niccol. What do you think when your whole life was nothing but a T.V show?

Director Peter Weir stated that the film is “an examination of the media and society. It questions whether the world that we live in is real or not. Maybe just a stage set for our entertainment. The Truman Show has been a social criticism on a reality television show. His entire life is fake. Truman Burbank’s life’s totally scripted. Which directed by Christof. Who is the creator of the Truman show in a movie. Truman gradually realizes that his life is a sham, but the more he tries to escape, the more Christof keeps him trapped.

If you’re looking for a film that will inspire you to live your best life, look no further than Peaceful Warrior. An amazing spirituality movie about journeys of self-discovery. Based on the true story of Dan Millman, a world champion gymnast, Peaceful Warrior follows Dan as he learns some harsh lessons about life, love, and loss. Though Peaceful Warrior is a bit of a slow burn, it’s well worth sticking with it.  Dan’s journey is one that will resonate with anyone who has ever felt lost or uncertain about their place in the world. It’s a reminder that no matter how dark our times may seem, there is always hope for a better tomorrow.

The film recounts the narrative of Nemo Nobody. A movie about journeys of self-discovery of 118-year-elderly person who is the keep going human on Earth after mankind has accomplished semi-eternality. The director shows the different stages of his life at several times.

As he lies dying in 2092, 118-year-old Nemo Nobody recalls his life, from his childhood in the early 1900s, through his adult years as an actor, husband, and father, to his present-day status as the last mortal on Earth. Nemo’s memories are non-linear, and the film’s narrative uses time-lapse and alternate versions of events to depict various points in his life.

If you have read this till now then it means that you have liked our article very much. Movies about journeys of self-discovery can be both inspiring and motivating, and they often provide us with a much-needed dose of perspective. They remind us that we are not alone in our quest for answers and that the journey is often more important than the destination. 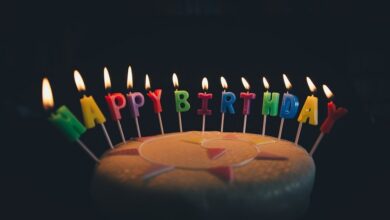 What To Look For In A Trendy Birthday Cake? 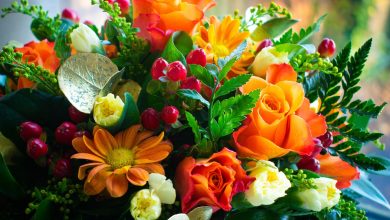 Amazing Birthday Gifts That You Can Opt For Your Teachers 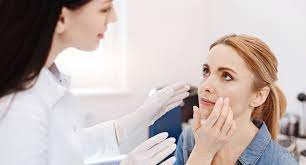 Chemical Peels And its Benefits

Tips to Pick the Right Men’s Shirt for Different Occasions!